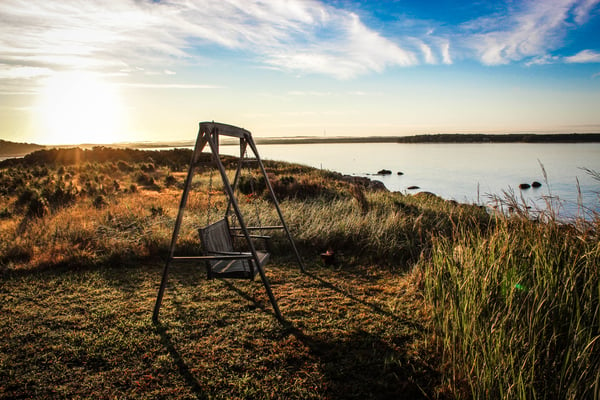 You’ve all heard the chatter in recent years – solar can save you money, solar can reduce your environmental footprint, solar is the future of Australia’s electricity network. But how does solar actually do all these things? Is solar really worth it? If you’ve been sitting on the solar fence for a while, here’s 10 reasons why you should dive head first into the solar community

Once upon a time, a $0 electricity bill was nothing but a dream. Nowadays, with a lot of solar panels and a solar battery setup, it’s a possibility. How?

When you install solar panels and a solar battery in your home, the energy you generate but don’t use during the day can be stored and used later, such as at night when the sun goes down. This will help reduce your bills significantly, as you buy less energy from the electricity grid. But you can take it one step further with smart technology like Reposit, which helps you sell your excess solar energy back to the grid for GridCredits. Use GridCredits to reduce your bill even further, and you can turn that dream of a big, fat zero into reality.

In general, solar is a great investment. It offers very high returns, with many home owners paying them off in eight years, including a 20% return-on-investment (ROI). This makes investing in solar panels comparable to stocks or bonds – with heaps of other added benefits.

In addition to being a great investment, solar can increase the value of your home too. In fact, studies have shown that homes with solar sell faster, and for more; a study by the National Renewable Energy Laboratory (NREL) concluded that homes with solar panels sell 20% faster, for 17% more money. As more and more prospective home owners and investors become educated about solar, demand for homes with solar will increase.

Solar panel manufacturers generally include a long warranty period of 20 to 25 years. The industry standard guarantees at least 80% of performance after 25 years, meaning that your decision to invest in solar is one that will last decades.

Solar panels are generally self-cleaning, considering that they’re installed on an angle and that rainwater is quite effective at giving them a quick clean. Generally, dirt on solar panels have very little effect on their performance. For most Australian homes, the occasional rain is enough to keep them reasonably clean. In fact, a study completed in the United States, Arizona, estimates that cleaning your panels only improves performance by 1% - and this is in a location that has just over half the rainfall that Adelaide, Australia’s driest city, enjoys every year.

The only exceptions to this is if you live in a very dry area, or if trees overhang your panels. In this case, you may have to clean your panels once a year, which can be outsourced to professionals for a low cost.

#7 – Create jobs in your local economy

The solar industry is rapidly growing, and as a result, it is creating more and more jobs. By investing in solar, you’re contributing to a growing economy and helping out your local community. More solar investments mean more solar installer jobs, more solar manufacturers, and more solar cleaners, for example.

Do your part in saving our planet by reducing your carbon footprint. Every time you use solar power instead of buying electricity from the grid, you contribute to a reduction in non-sustainable energy consumption. It may not be much, but every little bit counts. The Earth will thank you.

Deciding to install solar panels is just the first step to creating a smarter, more environmentally friendly home. Not only is your home generating its own energy and helping power itself, it’s also reducing the amount of electricity it purchases from the electricity grid, ultimately reducing your impact on the environment. Then you add on a solar battery, and your home suddenly has the ability to store excess solar energy for you to use later. But that’s not all a battery can do.

Batteries can be made smart with something like Reposit. With a smart battery, protect against black outs by keeping a reserve of energy, instead of using a costly backup generator. Some smart batteries, such as Reposit, can also learn your energy usage habits to predict how much energy you will need at a given time. This way, your smart system can buy more energy if you’re under, or sell your excess energy. It can also be programmed to turn off this learning feature when you’re away from home on holidays, so it’ll sell any energy that isn’t going towards the essentials (like your fridge) to make you some extra bucks.

There has never been a better time to install solar in your home, especially with a wide variety of government incentives to help out with costs. For example, programs such as the Small-scale Renewable Energy Scheme offers households or small businesses across Australia that installs a small-scale renewable energy system a benefit to help with the purchase cost. There are many more programs just like this one; a quick google search will reveal all your options.

Winter is coming! Get ready with our 6 cosy energy saving tips

Autumn energy saving tips that will make your bill fall

Your comfort or cheap power bill? Have both with a solar battery!