How our Reposit smart controller works 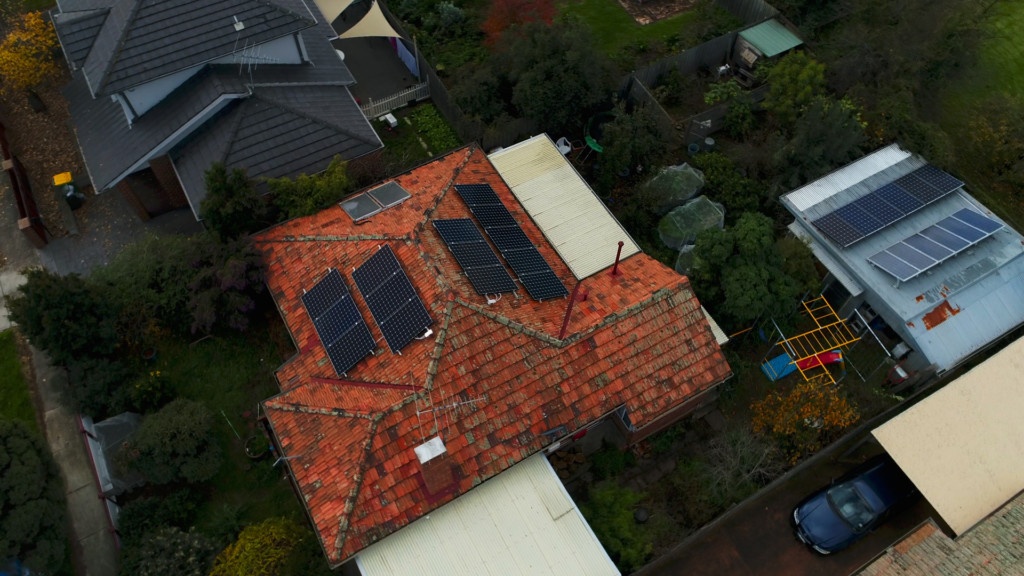 Put simply, Reposit's smart controller is the brain of your renewable energy system.

Our controller talks to your solar battery setup and monitors your solar generation to control your electricity usage from the grid and to get the best results for your household. This means absolute control of your power bill while knowing what to expect by the end of a billing cycle - with Reposit’s smart energy management you can have it all.

Where does the controller fit in?

Whilst we sell market leading renewable energy system components (think batteries, panels and inverters), Reposit doesn't make batteries or appliances. Instead, we work with manufacturers of these devices to make the Reposit controller communicate with them. We call this process integration. When we integrate with a new device, our integration team looks at how the device communicates and creates a piece of software so that the Reposit controller and the device can communicate with each other.

After working with many manufacturers, Reposit’s integration team knows what requirements are needed for robust connections between the Reposit controller and other devices. We understand that everyone's home is different and that people need to be able to choose products that best suit them. We also understand that people's circumstances change and they don't want to be locked into a particular manufacturer's products. We integrate with as many different manufacturers as we can to give our customers the option to choose the system that best meets their needs.

How does the controller connect to my system?

To deliver our service, the Reposit controller needs a good connection to the battery and devices it talks with. This includes the high-accuracy Reposit energy meters used to measure electricity usage from the grid and from your solar system; any controllable appliances like hot water systems or pool pumps; and perhaps most importantly, it includes any batteries that are installed.

Good energy control is achieved when the Reposit controller has reliable and fast connections to these devices, so it can make rapid and efficient decisions on when to buy or sell your energy. This gives you ultimate control and low electricity bills to manage your household's energy how you want.
This contrasts with most ‘monitoring’ systems that only observe and report on information.

To achieve good control, the Reposit Box makes decisions on its own. It doesn’t rely on computers or the Internet for real-time instructions. It has all the intelligence it needs inside the box installed at your home and this means when the Internet drops outs, Reposit is unaffected.

Reposit uses the Internet to periodically gather updated information about the weather and market prices. If there is a dropout in Internet, Reposit will continue to make the correct decisions for your household, record your data, and action accordingly.

What about cloud based batteries?

New batteries have emerged, including the SolarCity/Tesla Powerwall 2, which provide a cloud/Internet-only based communications interface for third-party controllers like Reposit. To work with these systems, the Reposit Box would no longer be at your house but would control your home via the cloud/Internet.

Reposit has decided to keep its head out of the clouds. We won’t integrate with cloud/ Internet-only based control systems. With a cloud/Internet-based control system, if the Internet was unavailable, Reposit wouldn’t be able to make the correct decisions to keep your electrcity bill down. These batteries are dependent on the Internet to work effectively and Internet outages are unfortunately far too common in Australia.

Good control is also dependent on information being reliably shared. When more steps are involved, and more servers are needed to process data, there's a higher probability of a processing failure.

The image below shows the communication process for controlling your battery via the cloud/Internet. It's the same for all manufacturers that choose to put their intelligence in the cloud.

As you can see:

This contrasts with the Reposit Box’s local control 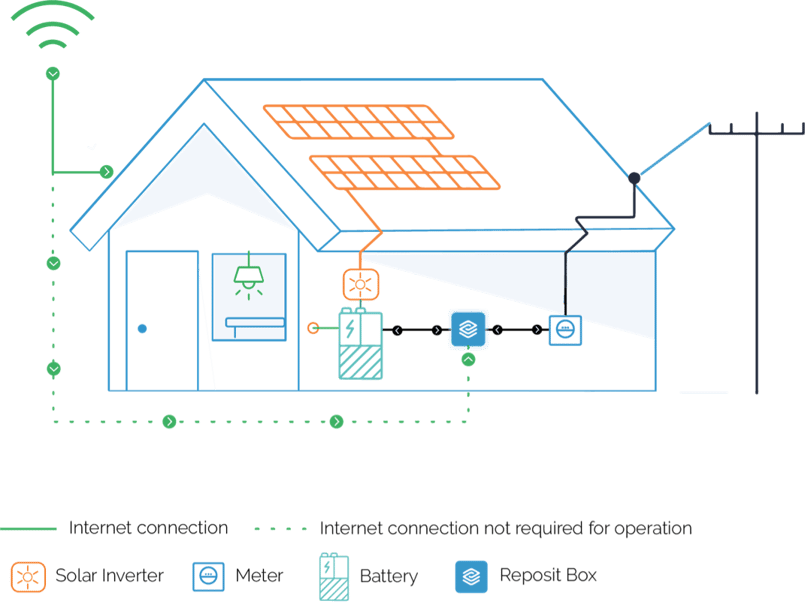 Cloud/Internet-based control is not reliable enough for Reposit to deliver the kind of control that our customers expect. This includes you, our end users, as well as our growing number of utility partners who provide GridCredits™ in exchange for the use of your battery.

Without local control, batteries can’t deliver their full value, and you miss out on getting the lowest possible electricity bill. Because reliable control is so important to delivering a low bill, we strongly advise battery and device manufacturers to provide a local control interface when they are designing their products.

We’ve had global manufacturers listen to our message and decide that cloud/Internet-only control wasn’t for them after all, and we expect more to follow. Together Reposit and these manufacturers are delivering low power bills through good control - putting you in charge with ultimate management of your solar and battery setup.

If you're in the market looking for a smart renewable energy system, you can look no further than Reposit. Plus with our No Bill power plan, you can enjoy 5 years of $0 electricity bills. Get started here by checking your eligibility.